This is the third weekend in a row where I haven’t done a meal plan OR a decent grocery shop, so I was spinning the wheel coming up with lunch today!

I had leftover salad from last night’s dinner, so I decided that would be my base.  I had cooked taco meat, which gave me the idea for the taco salad – and I mixed 5 tablespoons of my homemade salsa with 2 tablespoons light ranch for my dressing – and threw on a bunch of pickled jalapenos to kick it up a notch. 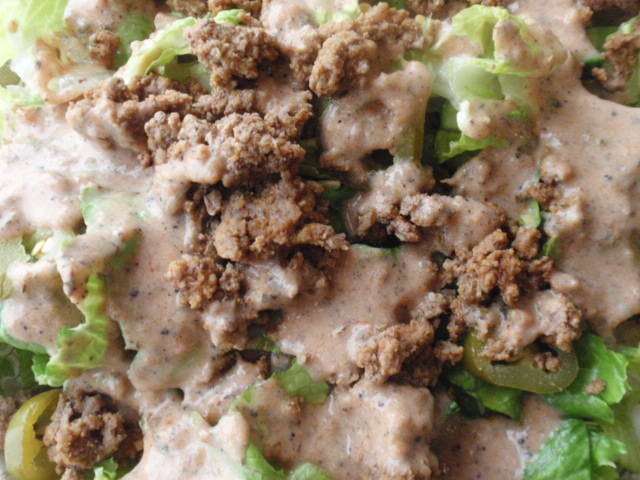 It doesn't look that pretty, but it was tasty! 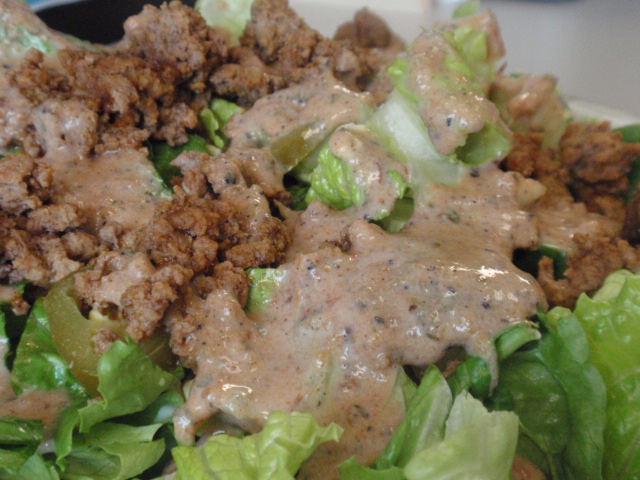 it was really filling too!

I bought some apples last week for a client that was in the office – since he left I raided the fruit bowl – this apple is called a Cameo apple, never heard of it but it was so good!

you can see the stats for lunch - exactly 400 calories! 😀

Alright, afternoon break is over – come back tonight for Salisbury Steak with Mushroom Gravy on Cheese Toasts – for under 500 calories!