It kills me when I think of what a picky eater I was growing up.  The only vegetable I ate were cucumbers.  Summers at my grandparent’s house were spent with me cracking blue crabs on a picnic table covered with newspaper, and while I was awesome at getting out the crab meat, it never once touched my lips!

Since I make a lot of Mexican dishes and Asian dishes, I wanted to do something completely different.  With such a short amount of time to do research before this challenge had to be posted, I decided to first pick a cuisine and then start my research from there.  I was telling a co-worker about making it to round two, and he actually gave me the idea of trying Nepalese food!

I am horrible at geography, and didn’t really even know where Nepal was, but discovered that it is next to India and China.  You can tell that both of those countries helped form Nepalese cuisine – especially using a lot of Indian spices like garam masala.

I chose three classic dishes of Nepal.  Dal is very popular and is a staple at most meals.  I am lucky that I have an excellent ethnic grocery store by me and was able to find these lentils: 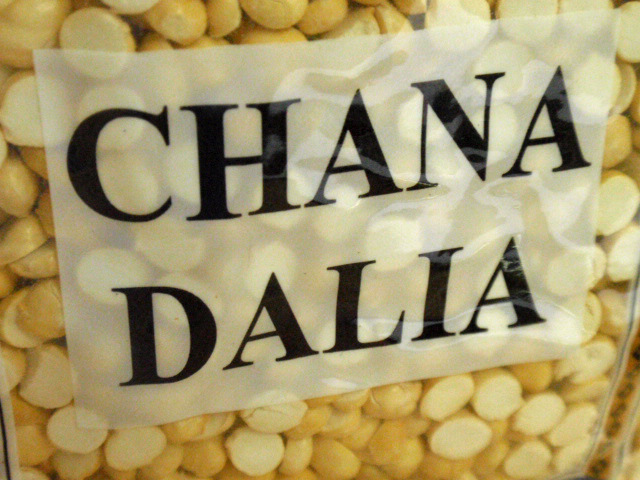 I made this soup – its traditionally served over rice, which is the “bhat” part of the recipe title – I thought it was delicious on its own so I left it simple.

this soup will definitely be on my rotation!

I love how earthy this soup tastes, with a hint of spice and I really like the mustard seeds 😀

Next on the list?  Roti!  Roti is also served at almost every meal – its used more as a utensil than anything else.  Here’s a weird fact – people in Nepal only eat with their right hand as they use their left hands to take care of personal hygiene.  (Remind me not to shake someones left hand if I ever go to Nepal!)

after resting for one hour - not really sure this step is necessary - it looked exactly the same as it did after I made the dough!

I divided the dough into 8 pieces

I didn’t have any traditional ghee (clarified butter basically), so I just brushed each side with a bit of canola oil before it hit the pan. 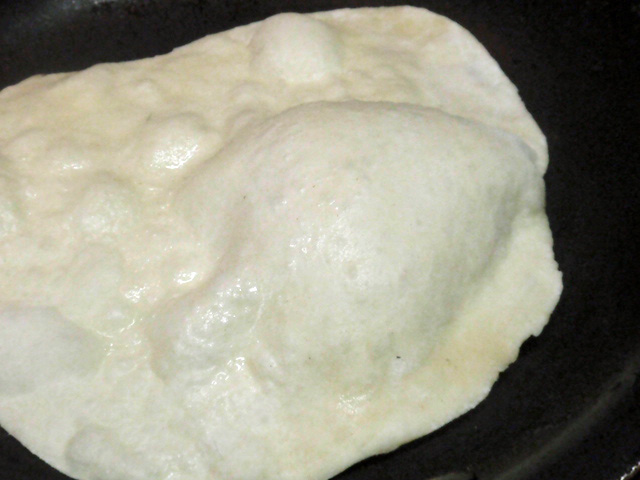 it puffed up a lot!

I may have even had my breakfast sammie on one!

Almost every site I went to had Momo has a traditional Nepal dish.  It’s basically their version of a dumpling.

Once I mixed this together, it was a bit dry, so I wet my hands while kneading it and it came out really good. Again, not sure the resting time is actually needed!

I threw my filling into the food processor to mix it all up - note - don't throw a big chunk of ginger in here - I found big chunks of it and had to pull it out. Next time I'll grate the ginger.

Just as I would with wonton wrappers, I wet the edges before crimping the dumplings.

Don’t worry if you don’t have a steamer – I don’t have one either – just put a colander over a pot and put a lid on top.

20 minutes later - they were done!

I saw both steamed and fried momo’s – so I did them both.  Except for the fried version, I didn’t think the chicken would cook in time before the outside was done, so I just pan fried some of the chicken mixture until it was almost cooked through, and then crimped as I did the steamed ones.

These momo’s were very good – however, Hannah and I both thought they would be better in a chicken dumpling soup!   What really made this dish for me though, was the dipping sauce – so spicy and good!

Simmer all ingredients for 15 minutes. Using a stick blender, blend until smooth.

I think I liked the fried one better! 😀

Voting starts tomorrow – I would love it if you voted for me!  Enjoy the rest of your weekend! 😀