Yep, mark it an your calendars – I won a costume prize for the 4th year in a row!  Before I get to this year, my co-worker said she didn’t mind me posting the pictures from when we were lesbians for Halloween!  And the funny thing is, when we were looking at these pictures, we both remarked “what do our outfits have anything to do with being lesbian??!!” 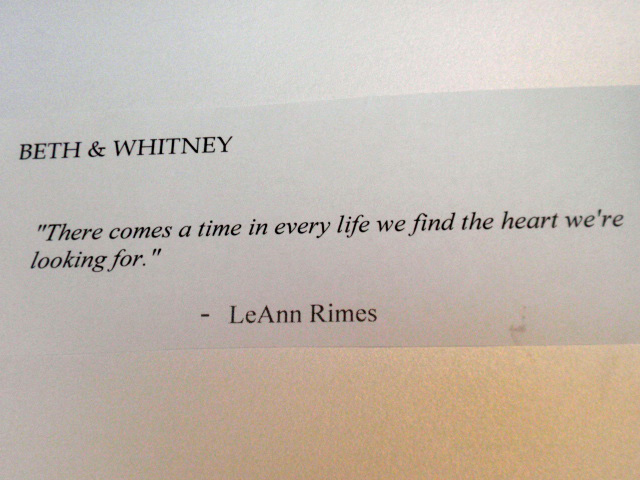 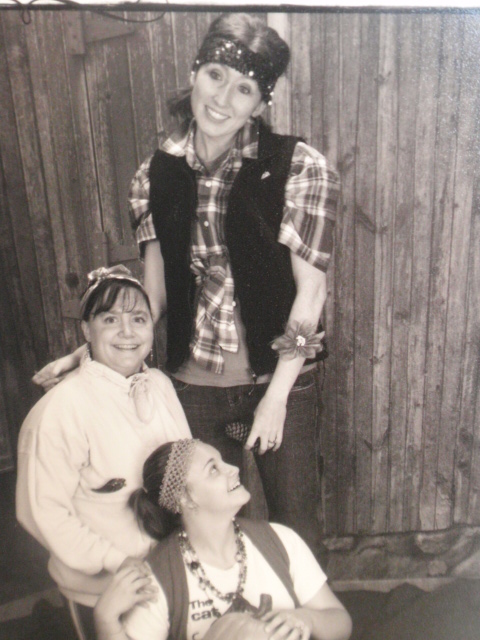 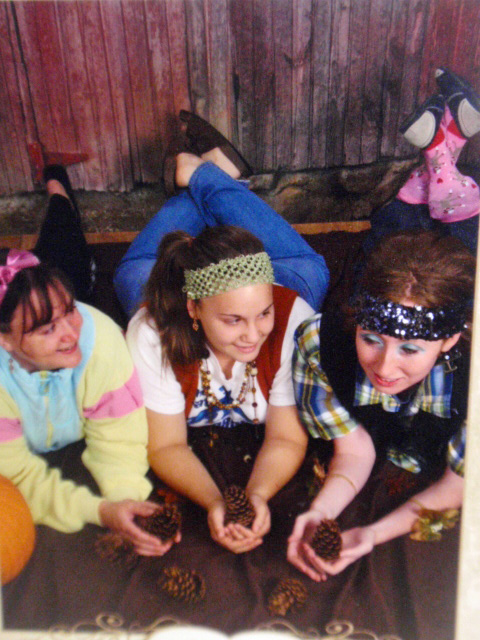 The funny thing is that the photographer at JC Penney was not even phased at all that three women wanted their picture taken together – it was her idea for all of us to hold pine cones in the above picture!

So my costume isn’t that elaborate, but what put me over the edge were my goody bags with homemade cookies and Halloween candy – Tony and Hannah declared my chocolate chip toffee cookies delicious, and I don’t have a picture of a single one – but they were chewy – something I’ve never been able to achieve before. 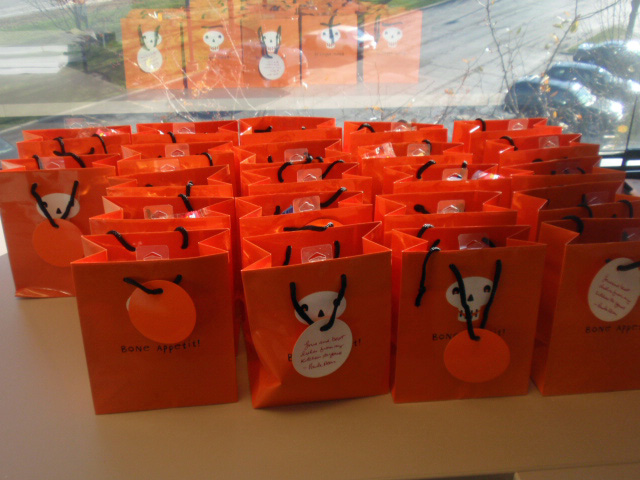 And as I handed them out I said “Love and best dishes from my kitchen to yours.”  Only a few of the men folk had no idea who Paula Deen was, even when I showed them the picture! 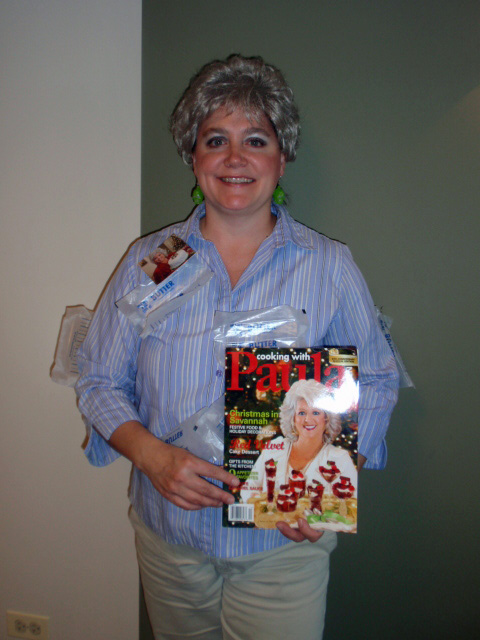 Then just bake according to what size pan you are using. 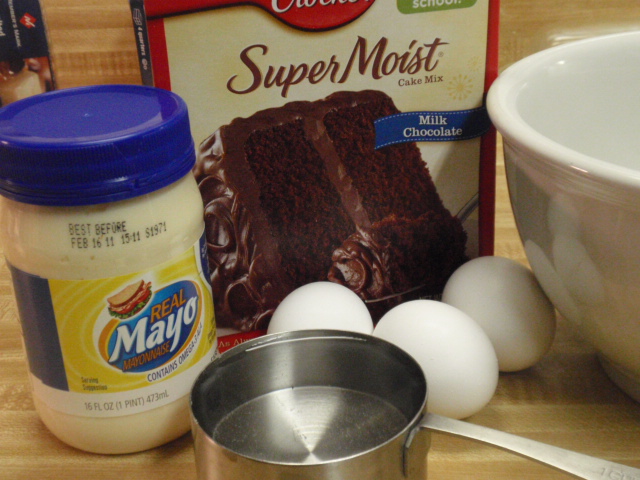 I used canned chocolate frosting, and then picked this up to decorate the top – I didn’t notice until I just uploaded my pictures that this is cookie decorating icing! 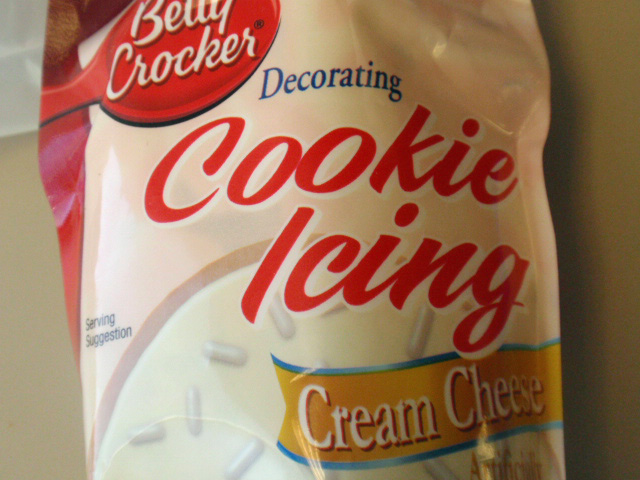 I just made circles on the top of the cake, then used a toothpick to make a spider web. 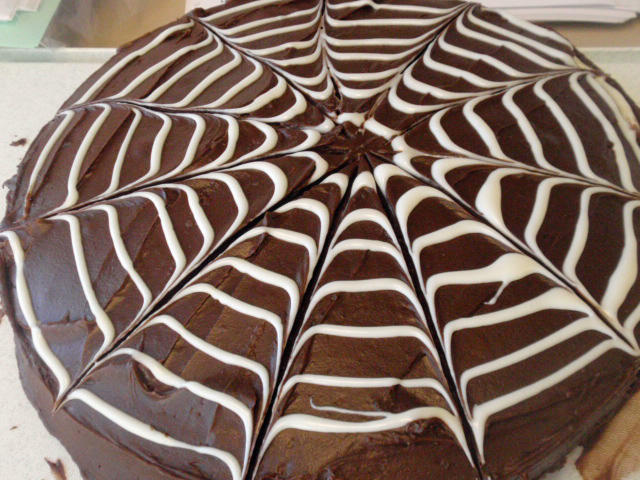 For breakfast I picked up this at the store on my way to work: 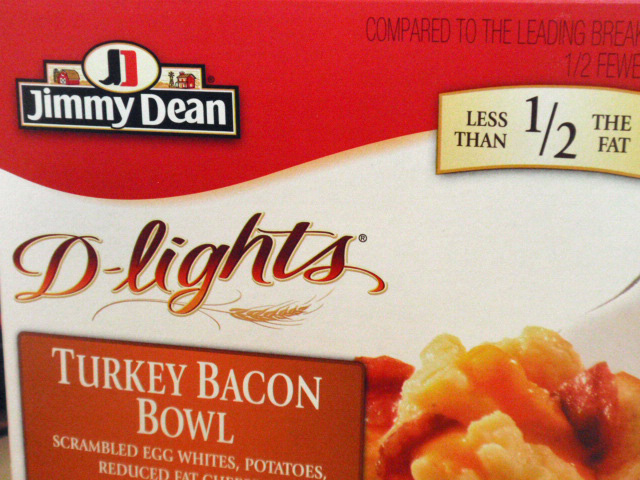 With 1/2 a jalapeno cheese bagel: 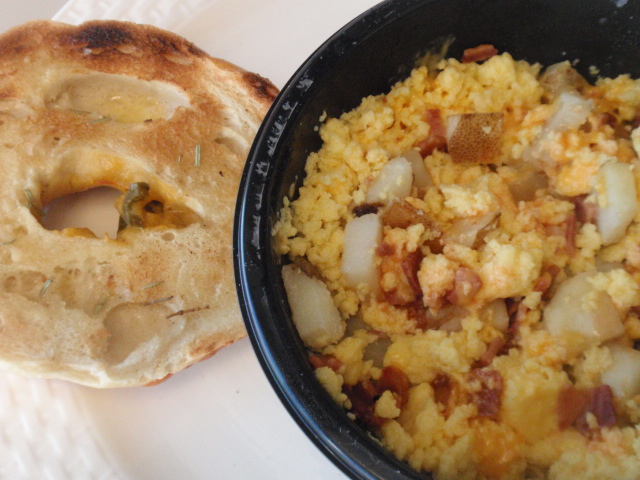 Someone made the crack buffalo chicken dip: 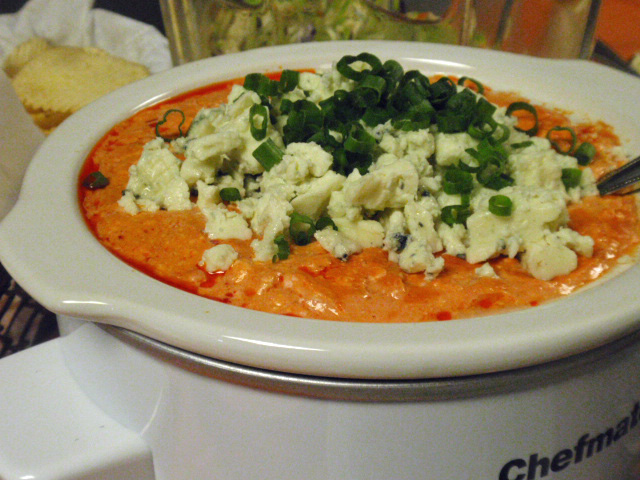 Lunch was kind of like the last supper for me before starting the South Beach diet with Tony on Monday! 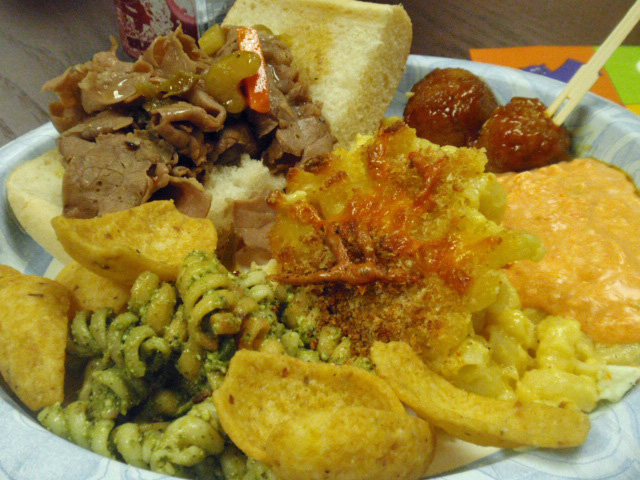 It was a great party – my sister actually had a great idea – I should dress as Bobby Flay next year and walk into peoples offices and say “Are you ready for a Throw Down!”

I wanted pizza last night, but didn’t feel like cooking believe it or not!  So I picked up a $5 sausage pizza from our local grocery store and kicked it up a notch.  My side had additional pepperoni, red pepper and pickled jalapenos. 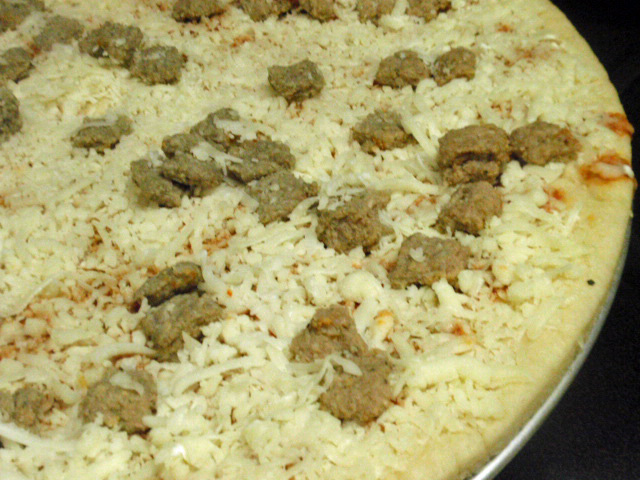 so boring as is 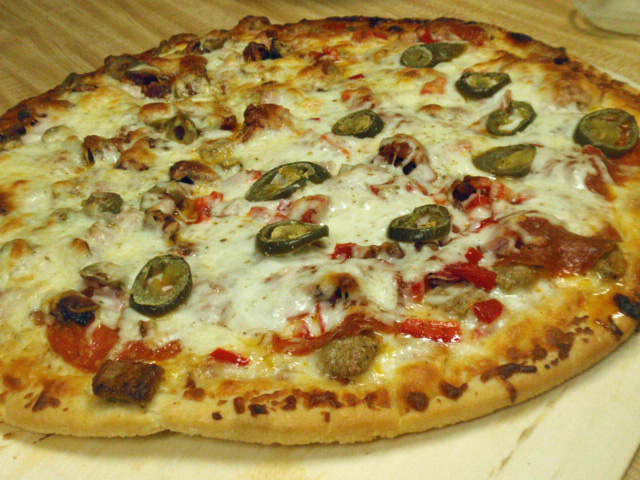 We have no particular plans today, except I need to find some recipes for Phase I of the South Beach diet.  Oh, and mop my kitchen floor – anyone want to volunteer and do that for me? 😀