When my parents met, they both lived in Virginia – close to all their relatives and friends.  A couple years after they were married, my Dad got offered a job in Chicago “just for two years.”  They were young and thought how exciting “city” life would be!

Well a couple years after that move, my brother was born, two years after that, me and my sister were born.  And they just stayed, long after the original job my Dad moved to Chicago was long gone.

So we had my Mom’s parents – Grammy and Grandy – that we spent summers with in a tiny town called Warsaw, Virginia, about an hour away from Richmond.  The kids in that town used to think we were so cool because we were from Chicago – nevermind the fact that we lived in a near west suburb.  We were asked “are there gangs with guns on every corner?”  “Do you have trees?”

I have fond memories of them – in fact to this day, the smell of fresh cut canteloupe can bring me right back to Grammy’s kitchen table, me eating chunk after chunk of the juicy fruit while she made the best cinnamon toast – white bread, butter, sprinkled cinnamon sugar, then broiled in the oven.  The edges were always almost slightly burnt, but the middle was sugary soft goodness.

My fondest memory of my grandpa was when we had a crab fest.  Friends and relatives would be elbow deep in blue crabs over newspaper strewn picnic tables.  My grandpa was missing half his thumb.  When I asked him how it happened, he picked up a crab and said “one of these just bit it off!”  I was forever scared of live crab for a few years after that!

Sadly, my grandpa died when I was 11.  Grammy died when I was 19 – and as luck would have it, my college field hockey team was playing schools in the east coast and I was able to see her in the hospital right before she died.  Sometimes I wish I hadn’t seen her in that condition – because the last time I had seen her she was so bright and lively.  I hugged a frail, tiny little woman – I guess I can only say I am happy my brother and sister don’t have that image of her.

I often wish that I had known my grandparents as an adult – I missed out on asking all the questions a teenager doesn’t give a shit about.  And that I had more pictures of them – I probably take more pictures in a day than they did in a whole year!

Here are a few pictures of my grandparents 😀

This one is not only my grandparents on the far right and left, but my great-grandparents, who we called Memaw and Ditty and I believe they are holding my Mom – maybe her christening, which would make this picture taken in 1940.

Not sure when this one was taken?

Do you have fond memories of your grandparents?  Are they still alive? 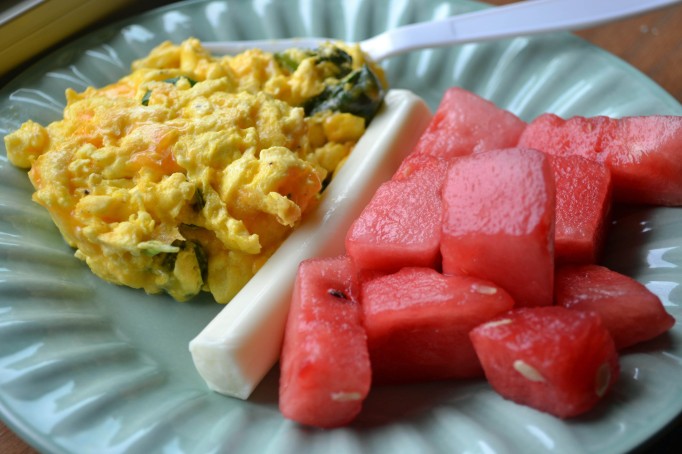 For lunch I had a 5 pt. cup of chili, with a 5 pt. roast beef sandwich.  And if you are thinking that’s too much mustard – you are wrong. 😀  I also think I need to bring a bigger plate to work! 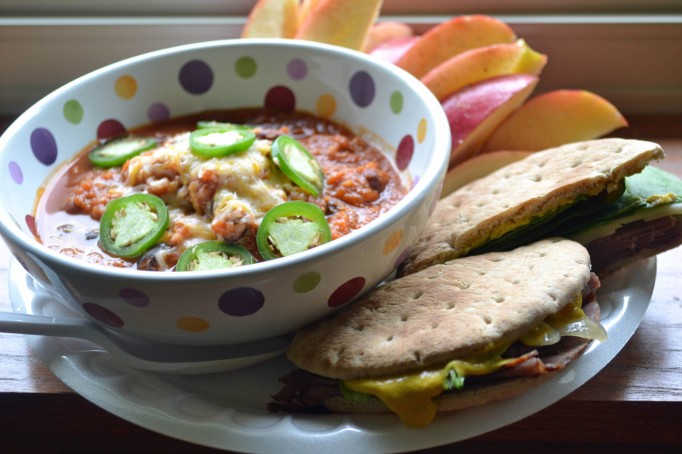 Okay, so you all know what a pizza whore I am.  I haven’t made any in a long time.  I saw this pizza on Tastespotting and immediately knew I would make it this week, especially with asparagus at .99 cents a pound!

Mix well and let sit for 20-30 minutes.  Heat oven to 500 with a baking stone.  Roll out dough, brush the edges with the teaspoon of olive oil.

While the original recipe called for dotting the top of the pizza with the herbed cheese, I decided to make that my “sauce” and spread that all over the bottom.

So the base was the herbed cheese, then I added the sliced mozzarella, then the shaved asparagus on top.  Bake on the preheated stone for 12-15 minutes.  Let cool slightly before slicing.

*When I got home from work, I made my dough and preheated my oven – that gave me enough time to do 30 day shred before getting back to business.  The weather was too crappy at lunch to walk outside yesterday. 😦 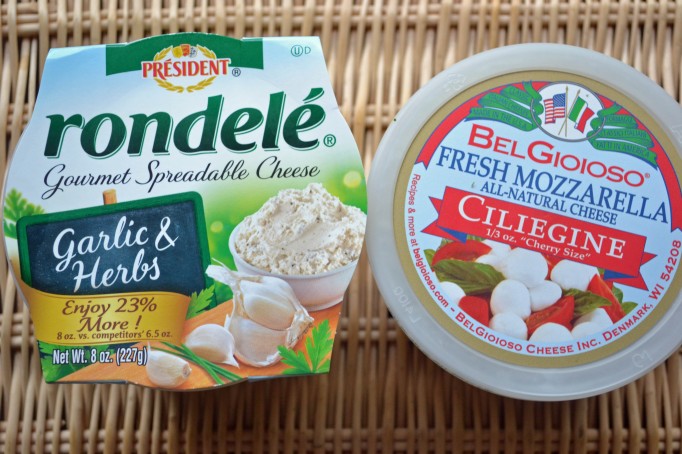 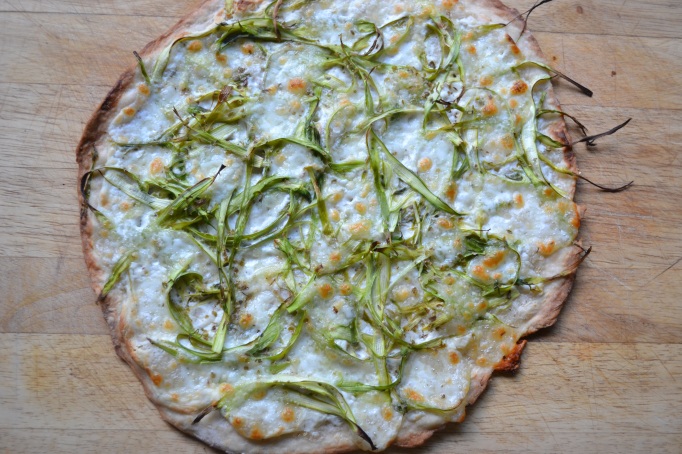 The verdict?  I loved this pizza!  I normally start my crust out on a regular pizza pan, then as soon as I am able to shake it off the pan, I put it directly on the racks in my oven so that it gets really crisp.  I left the dough on the preheated baking stone the whole time and it was the perfect crust for me – although Tony likes a more substantial crust – I need to make him a deep dish pizza next time.  😀  I also liked that since the herbed cheese spread was the base, every bite was cheezy goodness.

Here is another flashback.  This was taken this past Christmas: 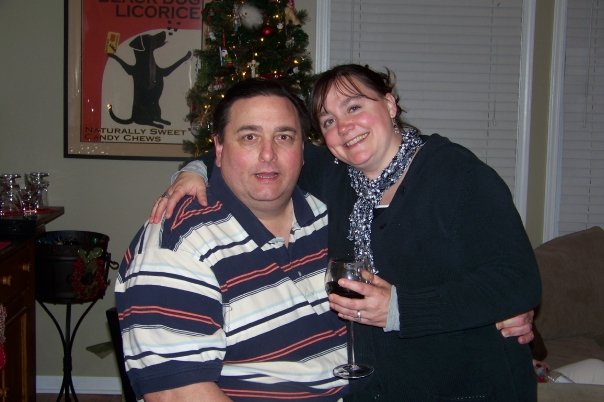 And this was taken a couple weeks ago – my face is thinner for sure!

See you tomorrow for WI Saturday! 😀