When Errign saw that I needed to find the K.C. Masterpiece buffalo marinade the other day, she emailed me and said “I have a bottle, wanna trade?”  Um, yes!  So yesterday I sent her canned jars of my baja fresh salsa, my grilled cherry salsa and a couple other goodies. 😀

When I got home I found her box.  But it looked like someone kicked it to my front door. 😦 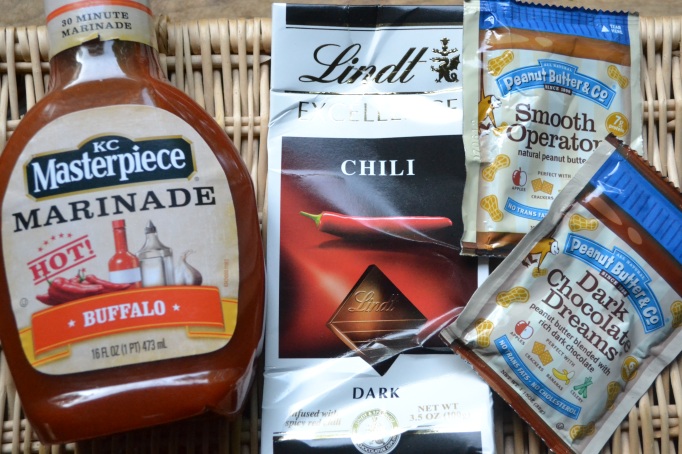 Thanks so much Errign!  I am going to be having buffalo chicken tacos for lunch today. 😀

As I was putting my breakfast together yesterday, I saw that I still had leftover pizza dough.  Um, how long has it been since I’ve had breakfast pizza??

No working out at lunch yesterday – I went out!  We went to Moe’s Southwest Grill.  I love that they have their nutrition online.  I was able to “build” my lunch before I even got there.  First off, guess where all the calories are – in the tortillas!  Luckily, they have what’s called a “streaker” which is the guts of a taco without a shell.  Without ended up being 7 points – with the tortilla the tacos would have been 15!

I had the grilled chicken, black beans, lettuce, grilled green peppers, pickled jalapenos, a tiny scoop of rice and then about 5 points of chips for dipping – lunch ended up being 12 points – not too bad for fast food! 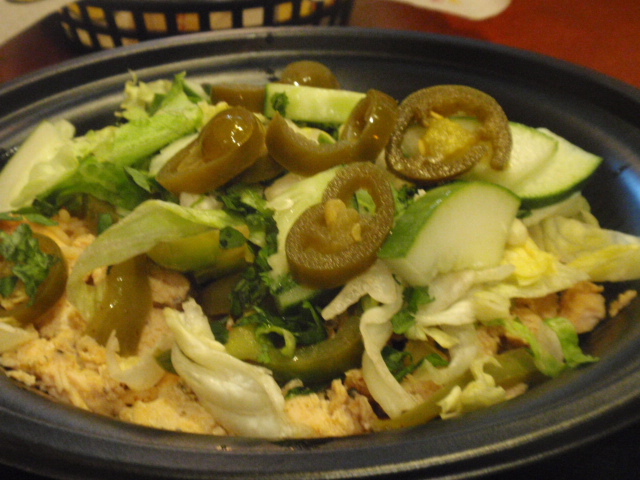 They also have a salsa bar – I went with a lime cilantro tomatilla salsa – I need to recreate this one!

I was talking to Tony in the afternoon and I remembered that I bought scallops over the weekend and hadn’t used them up yet.  Tony doesn’t like red sauce with seafood, so I thought I would make a white wine sauce and serve the scallops over crispy polenta.  Um, epic fail on the sauce – it took me about 45 minutes to make dinner, all because I kept having to start over on the sauce.

In the end I ended up making a simple brown butter sauce, and when I brought the plates to the table, I was like “sorry this didn’t work out.”  I get mad when dishes don’t turn out.

But guess what?  It was delicious!  I pam fried already cooked polenta so it was nice and crispy, seared the scallops that were just seasoned with salt and pepper, and then took 2 tablespoons of butter and cooked it with salt and pepper and a pinch of Parmesan cheese, and took it off the heat when it was light brown.  I spooned one tablespoon of butter over each plate – Tony’s plate was sans spinach. 😀 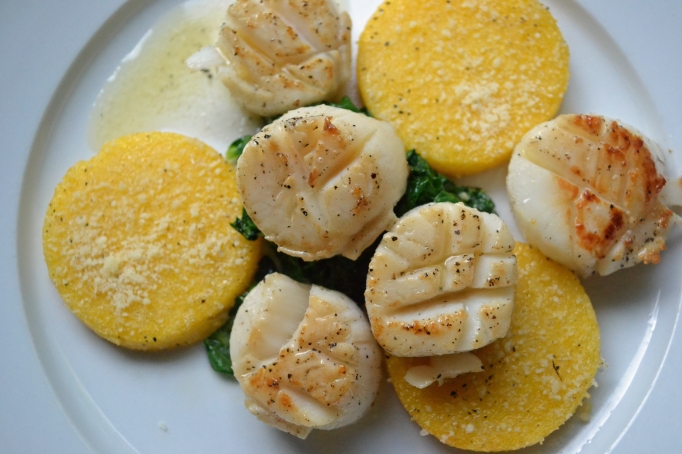 Hannah and I went to the gym after dinner – we had plans to play racquetball (sp?) but the courts were full, so we ended up swimming for 45 minutes and then hot tubbed.  Then we came home and watched “Are you fitter than a senior?”  where fit senior citizens competed against unhealthy teenagers – its on Discovery Health channel and it was amazing the impact these senior citizens had on these teens – they were crying leaving these families after only one week!

Tommorow I am grilling an all American picnic – coney island hot dogs, cheeseburgers, potato salad and homemade baked beans – the recipe is interesting – its got Blue Moon beer in it! 😀

Has anyone made coney island hot dog sauce before – that’s the only part of the menu I am worried about!