The other day when we announced that Tony had colon cancer, MaryBe left a comment that said “if pink is for breast cancer, is brown for colon cancer?!”   I laughed when I read that!  Tony took it seriously though, and came up with our badge: 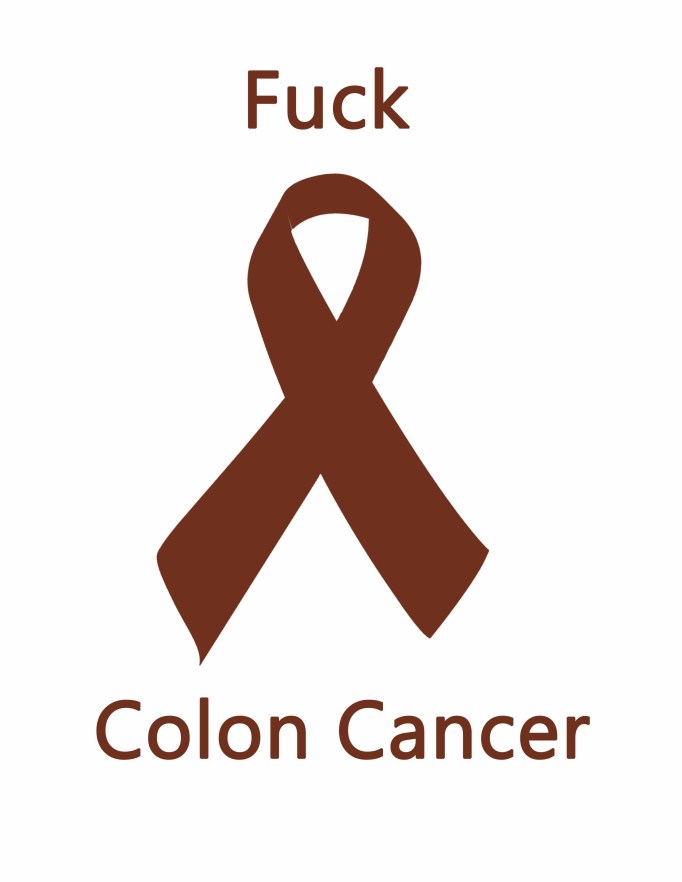 We are both a bit nervous for today’s doctors appointment with the surgeon.  Sometimes there is too much information on the internet – we both thought that taking out this tumor would be routine surgery, but it is anything but that.  We are hoping that they can do laproscopic surgery, which would reduce his hospital and recovery time.  If they have to go through his abdomen, its a 10 day hospital stay and six weeks of recovery.  I guess I am kind of glad we know a little more before going in, but its still scary. 😦

I ended up making a breakfast pizza on a Flat Out bread.  Not as huge a fan using it this way – the dough in the middle was really “raw” tasting, and it was hard to eat.  I ended up eating it like a taco.

And while I don’t think I’ll ever like a runny egg yolk, I didn’t cook this egg as much and I liked it!

I was reading Renee of My Kitchen Adventure’s blog the other day and she had a great idea.  Using a box of cauliflower with cheese sauce to make a quick mac n cheese.  My store routinely sells these packages 10 for $10 and a had a couple left in my freezer. 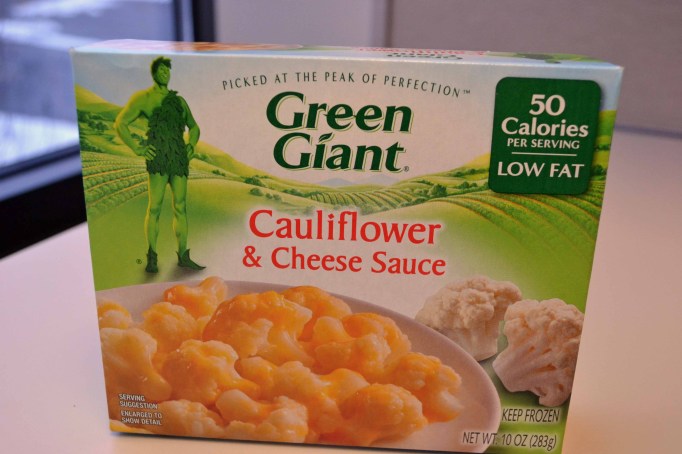 I had 4 ounces of leftover pasta from the night before, and this came together really quick.  I liked it, but I don’t think there was enough protein because I was really hungry when dinner time came around, and I didn’t eat lunch until after my treadmill workout at around 1:30 in the afternoon.   It also had a very Velveeta tasting cheese to me – I am used to my mac n cheeses with Cabot cheese, so I guess I am a bit spoiled.  😀 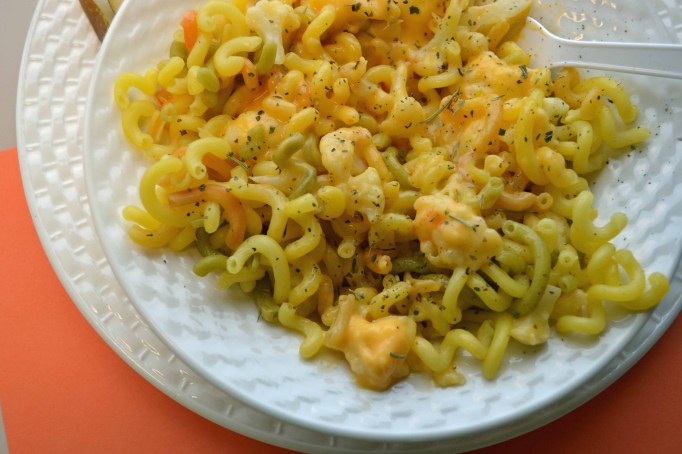 I have to tell you that when I told Tony we were having Chicken Cordon Bleu, he immediately thought of a bland, “diet” version that I’ve come up with in the past, not the frozen ones that he used to eat as a young adult – you know the ones that after you cook them and cut into them, a pool of butter oozes all over your plate?

So while there is not any butter in this recipe, I believe they score high because of the crunch factor – and I only used a tablespoon of oil and Pam to fry them in before hitting the oven.  Tony still misses the butter though!

Using a meat mallet or rolling pin, flatten out 4 pieces of chicken to about 1/2 inch thick.

Place the flour, eggs and breadcrumbs on separate plates. Heat your oven to 350 degrees.

Put a slice (1/2 ounce) of ham onto each piece of chicken, then 1/2 an ounce of mozzarella cheese, and carefully roll the chicken breast up.

Dip the chicken in seasoned flour, then the beaten egg, and finally the breadcrumbs.

Heat olive oil and Pam in non-stick skillet to medium-high heat.  Place chicken in the hot oil, seam side down, and fry for 3 minutes or until golden brown.

Transfer to an oven safe dish (or cook in cast iron skillet that is oven safe) and cook for 15 to 20 more minutes.

I thought these were delicious – the chicken was crunchy on the outside, yet tender on the inside, and I got the salty taste of the ham and cheese in each bite. 😀

Have a great day!