I had 4 ears of corn leftover from our Saturday bbq, and was about to throw them out when Tony suggested I make a corn chowder.  I cut off all the ears of corn – since they were cooked on the grill I thought it would lend a nice smokey flavor to the chowder.

Except I am an idiot.  We had two flies in our house that were driving me insane, and in an attempt to kill one, I sprayed Windex in the air, only to miss the fly and spray my corn. 😦  Luckily I had 4 more ears of corn in the fridge, so I just microwaved them and used those.

A great way to use up leftover corn on the cob. 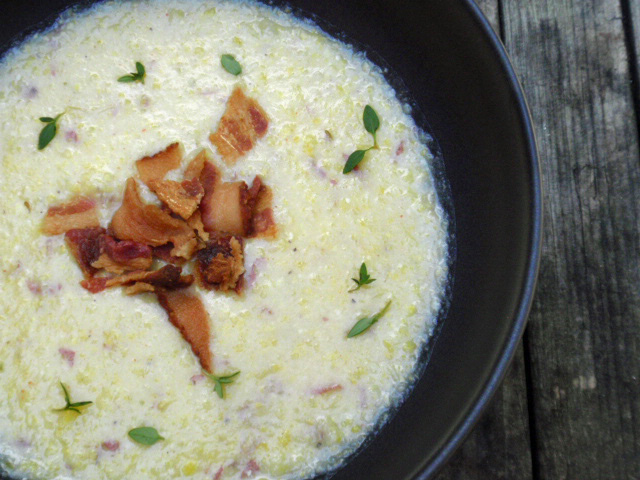 I added the jalapeno and cayenne after tasting the chowder because the corn was almost too sweet – with the addition of the heat it balanced out perfectly!

My brother Charlie left to go home today.  We met him and his family at Stir Crazy at Woodfield.  The mall closed at 6:00 because of the 4th – the restaurant was practically empty!

I got the lunch size portion (which was still huge!) of the Kung Pao Chicken.  It had two chiles next to it on the menu so I expected it to be really spicy.

I needed a bit more of a kick! 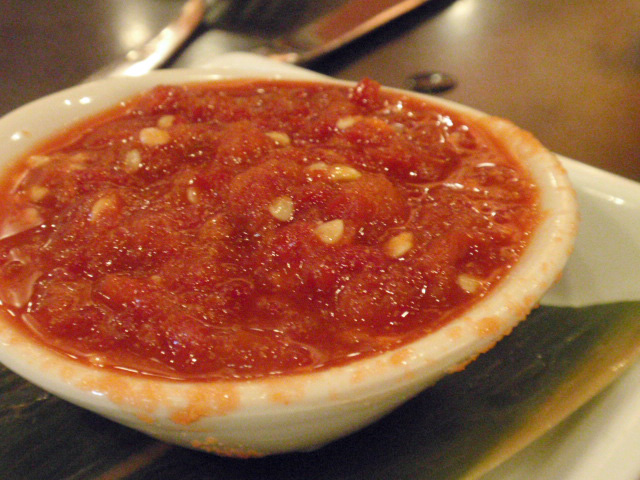 We had some fireworks leftover from last year.  One thing you don’t know about Hannah – she’s a pyro!  Loves, loves, loves shooting off fireworks!

And we had bottle rockets.

Tony had other ideas – he decided to light fire crackers on our table in a garbage can – scared the shit out of the dog! 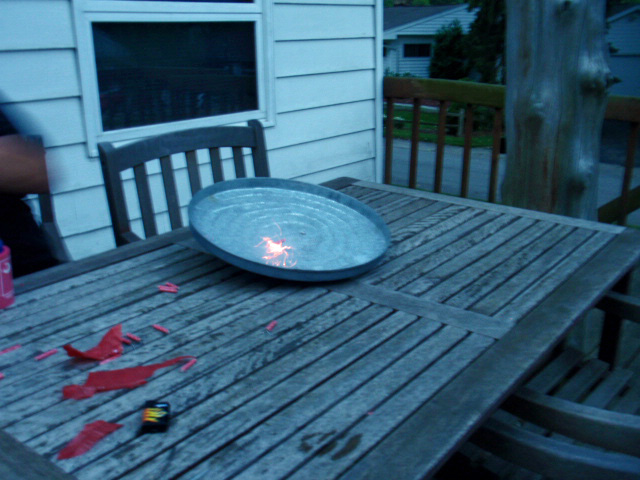 I updated our 101 Days of Summer page – week 5 already!   There are quite a few I need to track down since I haven’t heard from them in a while!  And if I missed your week 5 update – please let me know!

Morgan and Susan could use some cheerleaders, just not feeling it – if you could stop by and give em a pep talk, I would appreciate it!

Alright, I am off to meal plan and grocery shop – I wish every weekend could be a four day weekend! 😀